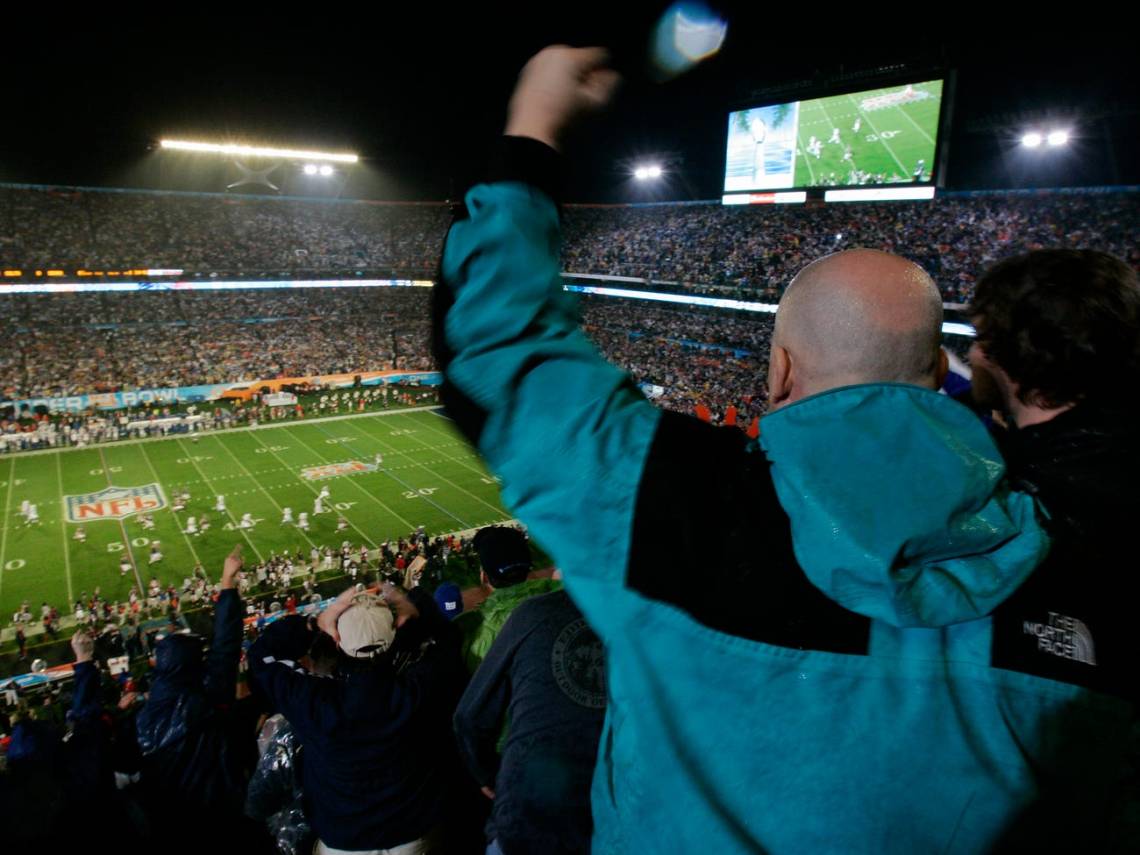 Kamil Faizi’s promotional products company had a record-breaking month in January 2018. His team’s reward for their long hours and hard work? A trip to the Super Bowl.

Faizi’s company, a Wyoming-based promotional products producer that specializes in making coins for the US military, is one of a growing number of American companies investing in leisure experiences to reward and build morale on their teams. Read more →

WeWork shutters its restaurant-based coworking subsidiary, Spacious, and lays off the entire staff of about 50 employees 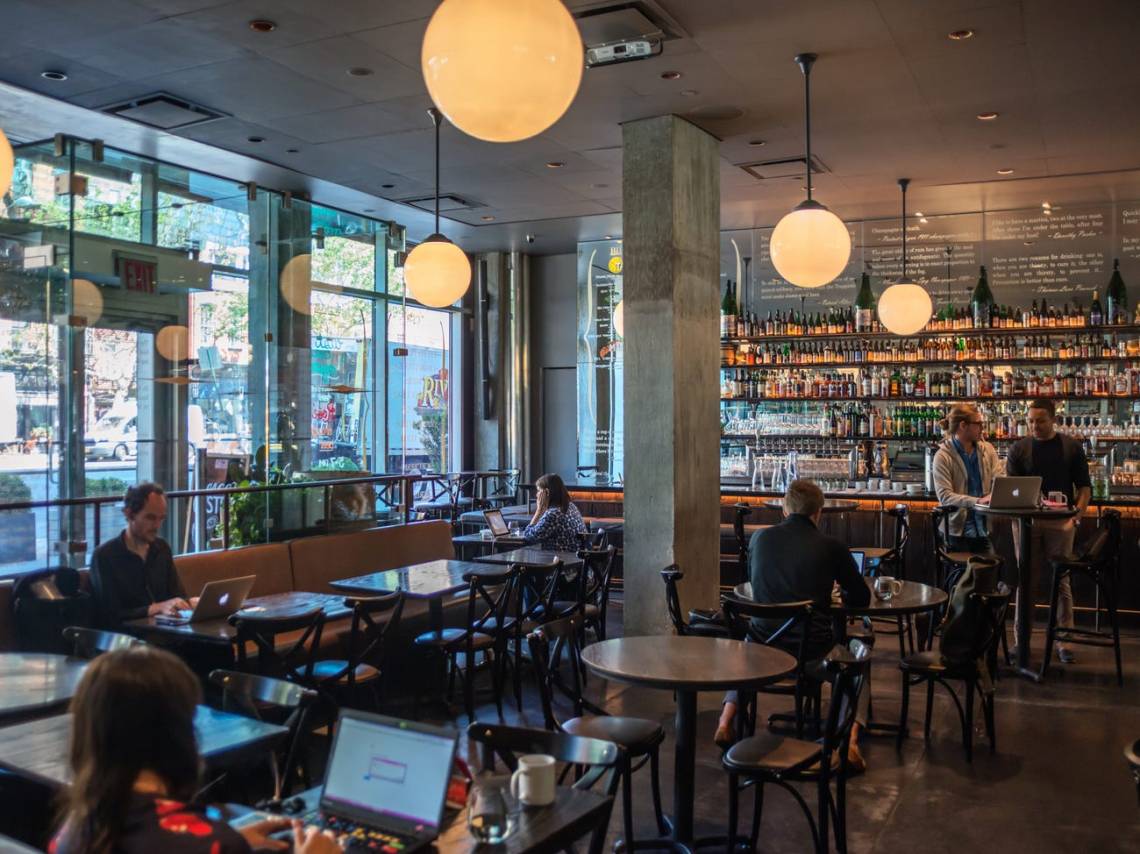 WeWork is shuttering its coworking subsidiary Spacious and laying off all the startup’s approximately 50 employees, the company confirmed to Business Insider on Thursday.

Spacious CEO Preston Pesek announced the closure to employees at an all-hands meeting on Wednesday evening, a current employee told Business Insider. The decision is part of WeWork’s broader attempts to refocus on its core business after the company’s failed attempt at an initial public offering earlier this year, a representative said in a statement. Read more →

In debate over political speech, pastors say they fear the IRS ‘pulpit police’

As Washington struggles to come up with a new health care insurance system, Jim Garlow believes he has a solution, but he worries about sharing it publicly — simply because he is a pastor.

Garlow, lead pastor of Skyline Church in La Mesa, Calif., blames a provision in the federal tax code known as the Johnson Amendment for what he calls the “self-censorship” of pastors across the nation. It forbids 501(c)(3) nonprofits, a category that includes most of the nation’s churches and other charitable organizations, from getting directly involved in elections. (It is not a criminal statute; violators face only the loss of the organization’s tax-exempt status.) Many hail it as a protector of Thomas Jefferson’s famous “wall of separation” between church and state, but to Garlow and other outspoken pastors around the nation, it is an unconstitutional restriction on free speech. Read more →

How the Khashoggi case and its fallout is affecting global business

Business leaders have been distancing themselves from Saudi Arabia since Khashoggi, a Washington Post columnist and critic of the Saudi government, disappeared after entering the Saudi consulate in Turkey earlier this month. Riyadh, which had denied any involvement in his disappearance for nearly three weeks, said Friday Khashoggi died in a fistfight involving more than a dozen Saudi officials inside the consulate. German Chancellor Angela Merkel rejected the Saudi statement. “From Saudi Arabia, we expect transparency in terms of death and background. Those responsible must be held accountable. The information given at the consulates in Istanbul is insufficient,” she said. Read more →

MoviePass CEO: Movie Theaters Like AMC Are Trying to Put Us Out of Business

In the 11 months since Ted Farnsworth’s Helios and Matheson Analytics Inc. (HMNY) acquired MoviePass and slashed its monthly fee to $9.95, its user base has ballooned from 20,000 the year before to over 3 million devoted fans.

To many, the offer of being able to see a movie in theaters for a day for about the cost of one ticket in most major cities seems too good to be true, considering MoviePass has to pay theaters the full price of each ticket. Subscribers have one question – how long can it last?

According to Farnsworth — forever. Read more →

New York (CNN Business) — When trader Peter Tuchman first set foot on the floor of the New York Stock Exchange in 1985, there wasn’t a computer in sight.

All trades were performed on slips of paper that would end up blanketing the floor by mid-morning.

“It was like Grand Central Station back then,” Tuchman told CNN Business.

Nowadays, most trades are done by computers. When Tuchman started at NYSE, its 1,366 trading seats were filled. He estimates there are now fewer than 700 people working on the floor.

The remaining traders, who rush across the NYSE’s trading floor in their iconic blue jackets, have been accused of being there for the benefit of the media outlets that report from the floor. Read more →

A Southern city struggles with the paradoxes of ‘school choice’’

When the 146,000 students in the public schools of Charlotte-Mecklenburg, N.C., entered their classrooms last fall, they might have found themselves in a charter school among upper-middle-class students taught by an experienced teacher with a specialized lesson plan — or in a traditional school staffed by first-year teachers, with peers too burdened by the weight of poverty to worry about test scores.

The determining factor, by and large, was whether their parents had the time, resources, connections and know-how to navigate Charlotte’s complex school choice program. Read more →

It looks like Wells Fargo & Company (WFC) did not learn from its mistakes.

The Securities and Exchange Commission announced the San-Francisco-based bank’s investor advisement arm will be fined $5.1 million to settle charges that its brokers misled investors into selling off investments before they matured, causing them to pay high fees to the bank.

“It is important that brokers do their homework before they recommend that their retail customers buy or sell complex structured products,” SEC Chief of the Enforcement Division’s Complex Financial Instruments Unit Daniel Michael said in a statement. “The products sold by Wells Fargo came with high fees and commissions, which Wells Fargo should have taken into account before advising retail customers to sell their investments and reinvest the proceeds in similar products.”  Read more →

The chairman of the Republican Party in Georgia’s 11th Congressional District apologized Monday for saying that a shooting at a GOP baseball practice last week would “win” a special congressional election for Republican candidate Karen Handel. Read more →

Despite President Trump’s proclamation that there is no chaos in the White House, new chief of staff John Kelly has a lot to do — stopping the leaks of information, ending the bitter fighting between staffers and promoting the president’s agenda.

Yahoo News talked to experts to find out what Kelly needs to do to ensure his tenure is longer than that of his predecessor. Read more →

For members of the Sri Lankan navy, a routine morning patrol took an unexpected turn on Tuesday when an elephant was spotted struggling to stay afloat after having been pulled miles off the coast by currents.

When naval personnel said it spotted the elephant eight miles from the shore, the animal was struggling to keep just its trunk above the waves while the rest of its body was underwater. Navy divers then tied ropes to the elephant and called for two additional boats to help gently pull it back to shore in what became a 12-hour rescue mission. Read more →

To see a complete list of published work, please see my author pages.